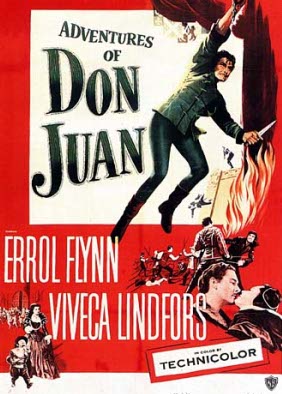 [Apparently Geasstards such as myself aren’t being pretentious enough about Tengen Toppa Gurren-Lagann. Rather than produce a direct rebuttal, I thought I’d write 1700 words about TTGL, splashing a few of Dore’s illustrations for Paradise Lost around as I did so, making a sly joke about Haman Karn and icing the cake by linking a few other suitably pretentious articles.

I totally haven’t had this in my drafts for a month, waiting for an opportunity to use it. The Animanachronism is hardly that devious, nor is he able to see into the future.]

The rebel is a seductive figure who crops up all over the place in popular (and unpopular) culture. Inasmuch as there is a coherent thread to Western thought, Milton is to blame for this. As someone steeped (too deeply) in the Western literary tradition, my instant response to Tengen Toppa Gurren Lagann was to apply a rebellion stencil. Quite how well that works is another question, which will be considered below.

Spoilers ahead. Or rather, since this is Tengen Toppa Gurren Lagann we’re talking about, GIGASPOILERS ahead.

I must at this point acknowledge an inspiration. DeathToZippermouth’s essay on TTGL helped me to crystalise my thoughts on the subject and if you haven’t read his entry, I suggest you do so now – both because this is partly a reaction to it, and because it’s worth reading on its own merits.

But – since I’m incapable of reading anything without disagreeing – I must also note here where and why I disagree with DTZ. My main disagreement is not with DTZ’s own work but with the concept which underpins the middle third of it. I am convinced that the ‘monomyth’ of the Hero’s Journey is an unwieldy concept.

It is either too specific to be applicable to any more than one story at a time (by shaping it to fit the story one is studying, it ceases to fit anything else), or too generalising to say very much (by shaping it to fit so many different stories, the different elements become too vague). It’s also a ‘pic’n’mix’ concept, rather like Freudian psychoanalysis, which is often plundered by critics selectively rather than reflectively.

I call this (rather unpoetically) the ‘Joseph Cambell Was a Bloody Idiot’ Thesis. [Is that ad hominem enough for you?] I suspect that I will be accused of doing a similar thing, but this is my United States of flocci non facio.

EDIT: Lolikitsune recently wittily demonstrated precisely what’s wrong with the monomyth more effectively than I ever could.

I: A Brief History of Rebellion

Paradise Lost is the English epic par exellance. There are others, of course, some of them quite good (actually, I’ve only read one other, but it was quite good). Successful epics exercise a powerful influence over storytelling which happens after them. This is partly because of their quality, and perhaps rather more because the people who tell stories are generally part of the same mafia. Who wouldn’t like to associate their work with something which is considered monumental?

Paradise Lost tells a strange story, but one of its important elements is a rebellion. Satan, who is initially an attractive and inspiring character, rebels (or has rebelled – the poem begins in medias res) against God, is defeated and then tempts Eve and Adam into eating a certain fruit. The story’s not original – Milton got it from somewhere else (!) – but we need not concern ourselves with that.

Satan is not very GAR

As is the way with epics, this rebellion story has exercised a powerful influence. People love to appropriate Milton – the recent His Dark Materials trilogy is a good example – and the most far-reaching and influential appropriation was carried out by the Romantics, and is encapsulated in Blake’s comment (in The Marriage of Heaven and Hell) that

The reason Milton wrote in fetters when he wrote of Angels and God, and at liberty when of Devils and Hell, is because he was a true poet and of the Devil’s party without knowing it.

The Romantics loved rebels, and the initial phases of the Romantic movement are associated with democracy, individualism and various other things which seem to be pillars of the modern thought-world.

As might be expected, they liked Satan (the character in the poem, not the spiritual entity who may or may not exist), picked up the rebel idea and ran with it in their art. And sometimes in their lives: Byron managed to rebel against financial restraint, sexual mores, Austria and Turkey, in only thirty-six years of life.

[Since this is an anime blog, and I’m on the subject of Byron, I will note that he quite possibly slept with his half-sister, and may have fathered her daughter, Elizabeth Medora Leigh. How would you tag that on an imageboard? ‘wtf_was_this_guy_doing_(besides_his_sister)‘?

Rebels are popular in part because everybody loves an underdog. Precious little consideration needs to be given to the rightness of the underdog’s cause, since we know that underdogs are usually right. After all, storytelling usually focuses on heroes, and there’s no tension if the hero is the overdog, so most storytelling (since the Romantics) has focused on righteous underdogs.

And you can’t be more of an underdog than a rebel against omnipotence. Doomed heroism has a certain glamour to it (viz. the Ragnarök story’s attractiveness).

This is one of the problems that modern readers sometimes have with Paradise Lost. Satan rebels against an omnipotent ruler, and his rebellion has heroic elements (at least initially – part of the movement of the poem is the way Satan becomes less and less heroic). Milton’s overdog, God, is (as far as the text is concerned) in the right. To a mind fed on the post-Romantic ‘rebel = good’ structure, this is decidedly odd.

Tengen Toppa Gurren Lagann tells the story of a series of rebellions against restraint, each rebellion on a larger scale than the last, in (as has been noted elsewhere) a spiral structure. In the final arc, it is revealed that Simon is in fact a rebel against an omnipotent enemy, in the form of the Anti-Spiral(s) (there are many, but there seems to be one speaking avatar that they use). 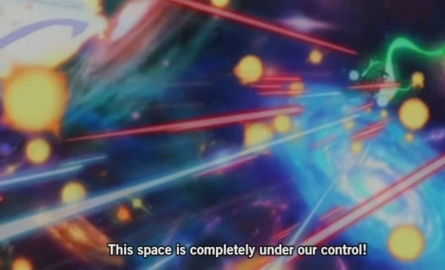 The Anti-Spirals exhibit control over pretty much everything, to the point of wielding what is apparently a new Big Bang as a weapon, and creating alternate universes. The series of defeats which Simon inflicts upon them are neatly explained by Lord Genome (in a swift hand-waving moment) as a result of their methodology: they reduce themselves to their opponents’ level in order to cause despair by winning despite their self-imposed limitations.

Tengen Toppa Gurren Lagann thus harnesses the power of the doomed rebel figure. But Simon is different to Satan: Simon’s rebellion is considerably more justified. While the conflict is ultimately between two sides with different approaches to the same problem (the Spirals want to continue evolution and search for a way to solve the Spiral Nemesis, and the Anti-Spirals want to avoid the Spiral Nemesis by halting evolution), the Anti-Spirals’ approach is (to the modern eye) much more morally questionable than Simon’s.

Even if the Spirals mess up sometimes (‘ROSSIU LIED, PEOPLE DIED’) , they trade on individualism, emotion and heroism. They’re also associated with flashy animation (the Anti-Spiral is, by contrast, a black-and-white being), coolness and heroism, which basically justify anything in a lot of mecha shows.

So Tengen Toppa Gurren Lagann perfects the rebellion device, by combining rebellion against impossible odds with justification. It’s a deeply humanist story in its optimism, a definite contrast (as DeathToZippermouth notes) to the plethora of dystopian science fiction stories available.

I’m sure I’m not the only one who noticed that Tengen Toppa Gurren Lagann is a kind of repudiation of Neon Genesis Evangelion (surely a depressing tale). Like NGE, TTGL took us ‘down the rabbit hole’ as it drew to a close (in the twenty-sixth episode) before (unlike NGE) escaping again and providing an ending which many considered to be ‘GAINAX’s atonement’. There’s also a certain ironic contrast in the animation-quality-curves of the two shows: NGE degraded, whereas TTGL improved.

Coincidental resemblences can be hilarious

This perfection almost works. Except, of course, that the Anti-Spirals have to lose. And it’s impossible for an omnipotent force to be defeated. In the final episode, the godlike creative/destructive power of the Big Bang is absorbed by Lord Genome’s sacrifice (the importance of Simon’s homosocial relationships could fill an entire other blog entry) and transferred to the final form of Gurren Lagann, granting Simon enough power to defeat the Anti-Spiral.

But this doesn’t really explain how Simon defeated something omnipotent – if everything really was under the control of the Anti-Spiral, he’d easily be able to prevent Simon’s victory, and would certainly never be destroyed. We’re left to conclude that the Anti-Spiral was not omnipotent after all, which really rather diminishes Simon’s status as the rebel against impossible odds.

It doesn’t make sense, but then TTGL doesn’t want to make sense. It’s about kicking reason to the curb, ignoring all evidence to the contrary and pressing forward in an immense spiral of GAR.

So much for the rationalist emphasis of humanism.

But perhaps all this goes to show is that the best place for theology is in academic journals, rather than something built to entertain. And boy, does TTGL entertain . . .

To be fair, this post is probably a result of my habit of reading everything through the lens of Paradise Lost. Still, I happen to think that what I had to say here was at least vaguely interesting.

[This entry did originally contain a paragraph regarding Nia’s role as an Incarnated messenger of an omnipotent being, and linking it to the image below. But that would be (more) tenuous, and also travelling (further) into the realms of ‘What do you mean, “It’s not symbolic”?‘]

Posts not linked to in the above, but which are relevant either to the anime concerned or to the writing of this entry.