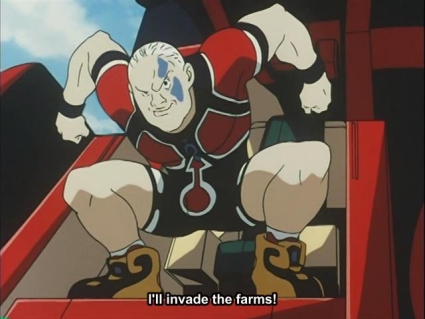 I was idle, and I thought idly about war and anime. ‘Anime says that war sucks,’ is what I thought first. This seems to be the standard opinion. If it’s deployed, it’s frequently followed by mention of pacifism and the atomic bomb.

END_OF_DOCUMENT_TOKEN_TO_BE_REPLACED

Only a Quisling From the Waist Downwards? 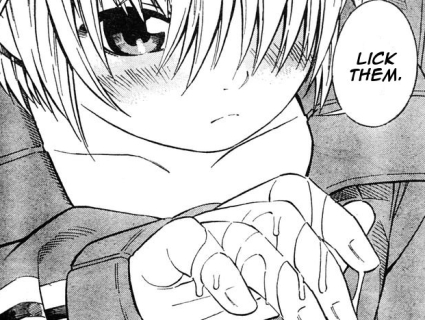 It's not ice cream, unfortunately.

Just recently I read Blue Drop, or rather the three different manga incarnations of Blue Drop, because Owen told me to and I’m his bitch. It’s a yuri or shoujo-ai – I lack the patience to negotiate a path between the two terms – franchise, with three separate stories set at different times on an Earth devastated by an alien invasion.

Said aliens are all female, their male gender having died out, so in a sense Blue Drop is what happens after the end of one of those trashy movies with titles like Invasion of the Sex Vixens From Outer Space. Blue Drop, however, takes a slightly more logical approach to the idea of a human-like alien race with one gender: the invading Arume are all – in human terms – lesbians. (Or at least, all the ones depicted are; presumably if there are heterosexual or bisexual Arume then they’re regarded by their peers as deviants.) END_OF_DOCUMENT_TOKEN_TO_BE_REPLACED 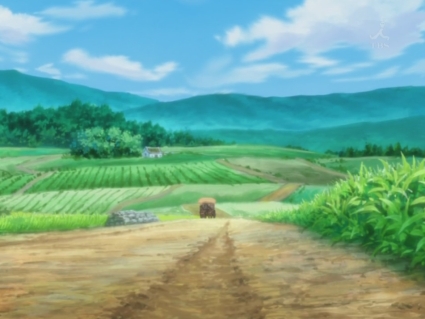 That Starship Operators post produced some interesting discussion. The consensus seems to be that said anime sacrificed character depth and development at the Altar of Conclusiveness. (I’ll have to be patient and rely on the goodwill of Amazon.co.uk and MVM Films to find out for myself.) This sacrifice seems to be an acceptable trade-off to me, if the staff are confronted with a wealth of source material and a lack of actual wealth, but OGT disagrees.

END_OF_DOCUMENT_TOKEN_TO_BE_REPLACED

‘Drink less, or taste not the Pierian spring’ 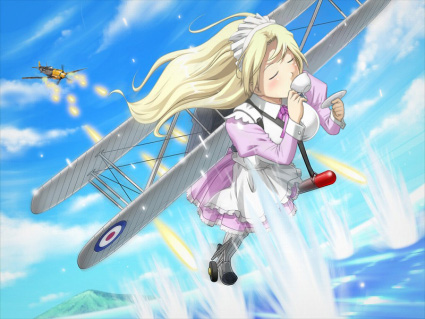 No mecha musume Fairey Swordfish exists.
But if one did, she would be a tea-drinker.

Yes, more about mecha. In fact, the first, more boring, half of the entry that I posted the second half of last weekend. A blog entry like the Haruhi adaption and Huxley’s Eyeless in Gaza, I suppose.

END_OF_DOCUMENT_TOKEN_TO_BE_REPLACED

Those Magnificent Men In Their Fighting Machines 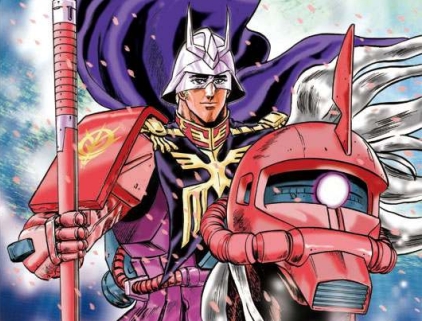 ‘Mecha’, as a genre, is odd: there’s nothing obvious inherent in our humanity which makes us hungry for titans of steel beating seven kinds of coolant out of each other in the same way that, say, people are prone to falling in love and so we hunger for stories about love. Mecha appear to be very much styling – however inextricably bound up with substance style is – in that most of the time you could replace them with some other weapon; you wouldn’t have the same show, but the character conflicts and action sequences could still remain in place. And indeed, it’s not unheard of for mecha to be inserted at the sponsors’ insistence.

END_OF_DOCUMENT_TOKEN_TO_BE_REPLACED 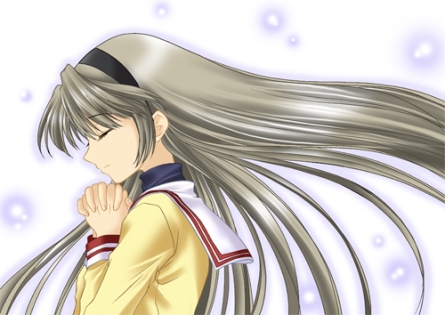 I am usually reluctant to write introspective entries. I fear that they all-too-often degenerate into uninteresting, solipsistic musings. If I wanted to put that sort of thing on the internet, I’d get a LiveJournal. But I was recently convinced that introspection can, on occasion, produce something interesting. This, in combination with a throwaway sentence in the Search for Number Nine, set me thinking about my own viewing habits. END_OF_DOCUMENT_TOKEN_TO_BE_REPLACED