Is That Really You, Father Virgil? 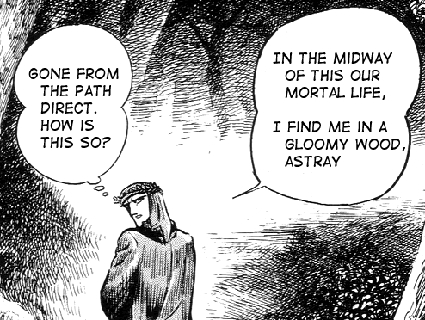 Scanlators have been working on a manga adaption of the Divine Comedy (I seem to recall that Lelouch was a fan). However! Rather than simply translating the dialogue they’ve decided to admix it with appropriate lines from existing translations — not translations of the manga, but of the Comedy itself:

[W]hat we are doing with this as of now is 1. translating the manga, 2. comparing to the original divine comedy/history (when the mangaka leaves the context of the Divine Comedy), 3. mixing it all together and 4. re-writing it in a decasyllabic meter to match with the Divine Comedy’s poetry style. We used mostly H.F. Cary’s translation of the original Divine Comedy as reference, but if the translation was to archaic to be applicable, we used Longfellow’s.

While there’s obviously a lot of potential for a mismatch of tastes here — one person’s archaism is another’s ornament, and not all of us enjoy Longfellow — I instinctively approve of this. A translation is a new text, and so it’s perfectly permissible (though not always advisable) for a translator to throw accuracy out of the window and try something creative. END_OF_DOCUMENT_TOKEN_TO_BE_REPLACED

Need The Warld Ken About My Ramblings? 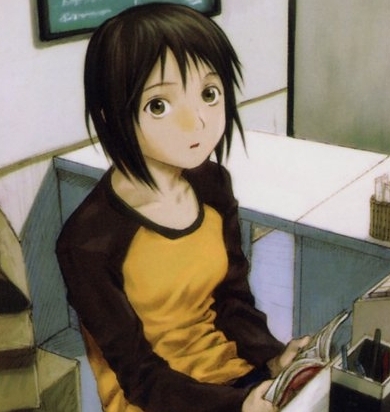 I reacted positively when the idea of writing about Catcher on an anime blog was raised in certain quarters. It’s always easier to write about something if you have something else to compare it to, as you can dress up a simple list of points of similarities and difference and pretend that you’ve been thinking. Moreover, I like to compare seemingly unrelated things and – better still – lots of people have read The Catcher in the Rye. (The idea was/is essentially that people – anyone who wants to – could chip in, if they felt so inclined. Not that this is organised, or anything.)

END_OF_DOCUMENT_TOKEN_TO_BE_REPLACED

Tagged comparison, haiku, literature, notes, prosody, the catcher in the rye, welcome to the nhk

[I’d like to title this ‘kaibitzin on bateszi on Episodic and Editorial’ because stealing a title format from Author would make me feel cleverer than I am.]

I’m throwing a few thoughts out into the ether here, but here they are anyway. Talk is cheap, after all. END_OF_DOCUMENT_TOKEN_TO_BE_REPLACED