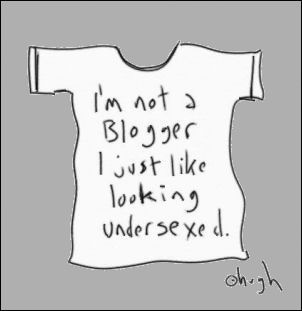 I’m Not A Blogger, by Hugh MacLeod of gapingvoid, who kindly distributes under a Creative Commons license

Look familiar? If it does, you’ve probably been reading The Animanachronism (since ‘anima’ beats ‘anime’, I’d appear so high on alphabetical blogrolls if I had only forgone the article!) since last Christmas, in which case you’ll also feel a sense of familiarity when I tell you that ‘I can only remember eleven things about my anime year in 200[8], and so have to scratch up a subject for my twelfth day.’ That wasn’t entirely true then, of course, and it’s definitely not true now: those to whom this entry is dedicated deserve it on merit. END_OF_DOCUMENT_TOKEN_TO_BE_REPLACED

Macross Frontier: Hands in the Air 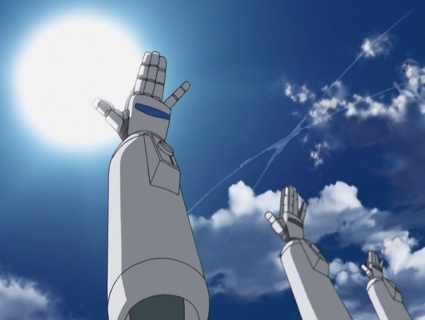 The first episode of Macross Frontier – the Deculture Edition of the first episode – was my first contact with Macross, excepting a dimly-remembered trailer for (I think) Plus, which I saw on a rented DVD ages ago. I’m not counting that trailer because I didn’t pay much attention to it, on the grounds that ‘you promised me giant robots, and these are definitely planes, not giant robots’.

How little I knew! END_OF_DOCUMENT_TOKEN_TO_BE_REPLACED

You may or may not have noticed that I missed yesterday’s post. This is because my laptop’s screen died last night. I’m typing this on my new desktop computer, poorer but irreverently thankful for Sunday trading. I’ve an essay due in shortly and needed something fast, although I had been wondering about buying a desktop in any case. This isn’t what I’d choose if I had time and money, but I’m reasonably content.

I’ll get back to these posts once I’ve finished migrating from one machine to the other, but since I have a broken screen on my mind it seems fitting to give a passing nod to the impact of a scene that I never saw, from an anime I didn’t watch. I’m referring to two Clannad characters’ brief sojourn in a P.E. equipment shed, ‘the moment that froze the otakusphere.‘

I don’t have much to say about the scene itself, partly because it’s been well-covered already and partly because I haven’t seen it – although if you collected every screencap of the scene that I’ve seen, printed them all out in sequence and stapled one edge to make a flick book, you would, I think, have an accurate, if low-quality, reconstruction.

It’s pleasing that the whole incident is brought about not by a wish on Tomoya’s part, but by a book of charms, as though Clannad itself is a more cynically self-aware member of the Key-adaption family. Is a storage room lock-in a staple of the genre, or something that a normal schoolboy might wish for? One wonders what else Yukine’s book can do – if, that is, it was responsible in the first place. Not knowing any details, I can’t help imagining that it might actually be a book chock-full of charms to bring about hackneyed anime situations. I’m sure it’s much more mundane, but that’s an amusing thought, and as I go through the rigmarole of transferring my existence from one computer to another, I have to savour whatever amusement I can get. 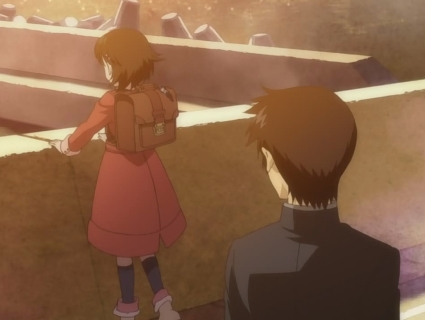 I watched True Tears in the space of a few days at the end of August. I was reasonably impressed. People who actually  know things about quality seemed to agree: if I had to list the better anime of 2008 by skimming opinions from the creamy top of the ‘sphere, True Tears would probably feature. END_OF_DOCUMENT_TOKEN_TO_BE_REPLACED 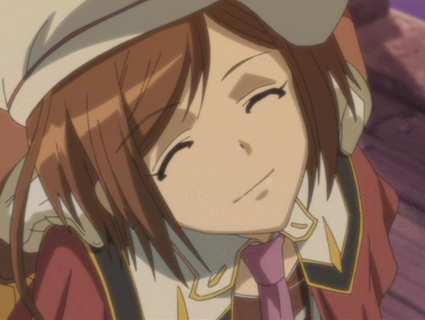 Part of the fun in watching Tytania is in picking apart the choices taken by Tytania’s Dukes, and my favourite example of this is the chain of decisions surrounding Lydia, ‘the Moe Princess‘. Tytania doesn’t fit Lydia, though I imagine she would say it’s the other way round. Her sense of honour-driven politics is naïve, but increasingly attractive when juxtaposed with, say, Idris’s serpentine plotting, or even Zalisch’s more honest belligerence. END_OF_DOCUMENT_TOKEN_TO_BE_REPLACED 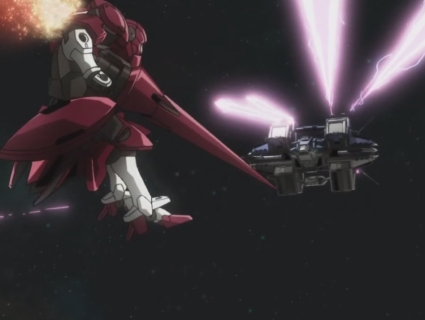 We can come away from a good action sequence saying more than ‘wow’ or alternatively ‘it left me cold’. So, for example, in one of Legend of the Galactic Heroes‘s side-stories it’s extremely fitting that a certain character dies with the loss of his right arm just before the revelation that he was less of a dangerous Machiavel than he had seemed. That revelation would have felt different if he had lost his left arm instead, or for that matter if he had died with all his limbs attached. END_OF_DOCUMENT_TOKEN_TO_BE_REPLACED

Tagged action, gundam, gundam 00, legend of the galactic heroes goes in every field after all, star wars, twelve days of christmas 08 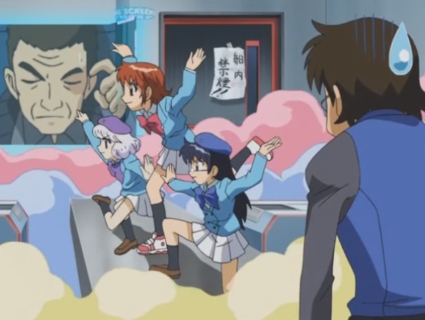 For those who have had better things to watch this year, Zettai Karen Children is – how to put this? – a cocktail of comedy and action in a magical girl-shaped glass, with an olive in it that tastes like X-Men‘s theme of prejudice against the superpowered. Judging from its timeslot, children are its main audience, though there are moments when one must suppress qualms about precisely who is enjoying what. END_OF_DOCUMENT_TOKEN_TO_BE_REPLACED 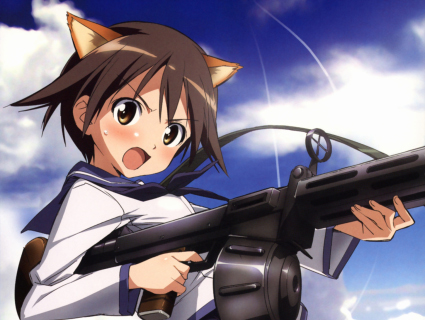 In his grave, William Earl Johns spins like the prop of a Striker Unit.

Strike Witches gave us fanservice hyperinflation (not the Divergence Eve kind). If any shot involving a female character is a pantyshot then the pantyshot becomes fanservice’s Zimbabwe Dollar, as it loses its air of the extraordinary. The ‘panty’ part of the word ‘pantyshot’ also begins to feel superfluous. Perhaps Strike Witches was actually part of a conspiracy to denature fanservice (and perhaps in 2009 the UK will get an artbox release for Mellowlink). END_OF_DOCUMENT_TOKEN_TO_BE_REPLACED 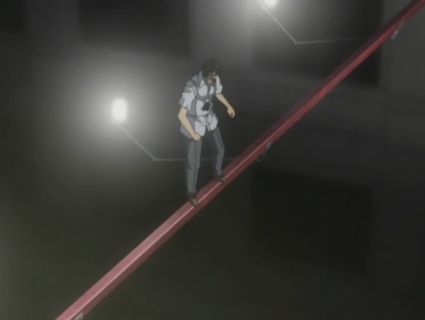 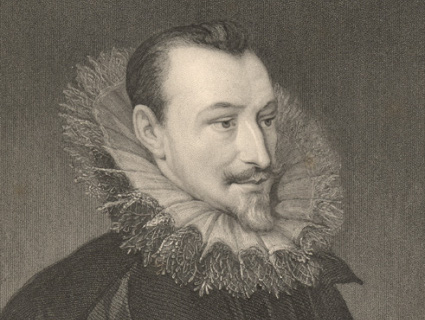 Hakushaku to Yousei is not exactly the show of the moment, but it has a certain charm, especially for viewers who, like me, don’t watch many shoujo romances. Besides, I have what you might call a semi-professional interest in Britsploitation, and if 2008 had a Britsploitation anime it was this one. (Apart from the adaption of Black Jeeves, but I’m not watching that.) END_OF_DOCUMENT_TOKEN_TO_BE_REPLACED

Tagged contra spenser this post was composed while listening to the pogues, earl and fairy, hakushaku to yousei, serio ludere, twelve days of christmas 08